Muscat | Mount Everest, known in Nepali as Sagarmatha and in Tibetan as Chomolungma, is Earth’s highest mountain above sea level, located in the Mahalangur Himal sub-range of the Himalayas. The international border between Nepal and China runs across its summit point.

Nadhirah al Harthy has achieved her dream she has been quietly pursuing and it happened – she summited the Mountain Everest and is the first Omani woman to do so. But she had been climbing mountains for a while. She climbed the Kilimanjaro and last year she had climbed yet another mountain in the Himalayas to practice technical climbing which had an elevation of 6,500 km – Ama Dablam is also known as the Matterhorn of the Himalayas. It is about seven km from the Mount Everest.

A former geography teacher who today has real experience of the mountains she had taught in the classroom. “I began climbing as a mission from the Ministry of Education with our students to climb Kilimanjaro and from that time on I like climbing. I feel it is something that touched me and I feel it is something I can do. Climbing makes me happy. So then I decided I will do something big. I went on to dream big,” said Nadhirah speaking to Observer at the reception that was hosted by the Embassy of Nepal just before her departure to Nepal on April 1, 2019.

“I worked hard for two years to achieve this, God willingly I can achieve it,” she had said then. And now she has achieved her dream bringing in great pride to the Sultanate. According to Nepal’s Ambassador to the Sultanate, Sarmila Parajuli Dhakal said, “Nadhirah has added a colourful brick in Oman and Nepal relations. She will be in our heart forever. We have been following every moment of her journey. Her success story is an inspiration for every woman.”

Nadhirah works in the government, but she is also country coordinator for a global program which is about environment and science. “We took our students through this program – an expedition to Kilimanjaro,” she said. What is interesting is Nadhirah was also a geography teacher as well. “Geography lead to all of this,” she laughed.

Nadhirah’s brother Mohammed al Harthy had written a book on Nepal and many other books on his journey, which also added to her inspiration. When asked would she also be writing she said, “My father is also a writer. Actually I document everything. Later I do not know what I would with it but it is important to me to write everything down.”

Her dedication has had to see many changes in her life style. “I do not have free time for anything. I have been training all the time. I used to also participate in competitions such as the marathons for example Muscat Marathon and Oman by UTMB as well as marathons in other countries. Competitions are good because I can keep a check on my abilities and not just training,” she explained.

Best selling an amazon. Buy now ! good for you 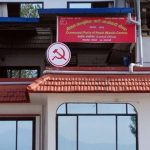 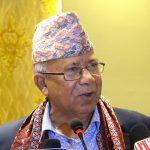